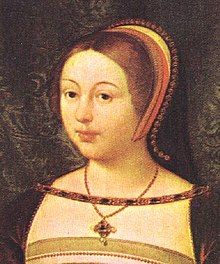 On 18 October 1541, Margaret Tudor, Queen Dowager of Scotland, died at Methven Castle. She was six weeks shy of her fifty-second birthday. Margaret was the elder sister of King Henry VIII of England, and was the eldest daughter of Henry VII and Elizabeth of York. In 1503, at the age of thirteen, Margaret married James IV of Scotland at Holyrood Abbey. Only one of their six children survived infancy: the future James V of Scotland. Margaret's husband was slain at the Battle of Flodden in 1513. She married twice after his death. Her second husband was Archibald Douglas, sixth earl of Angus; by him, she gave birth to a daughter, Lady Margaret Douglas, in 1515. Her third husband was Henry Stewart, Lord Methven. 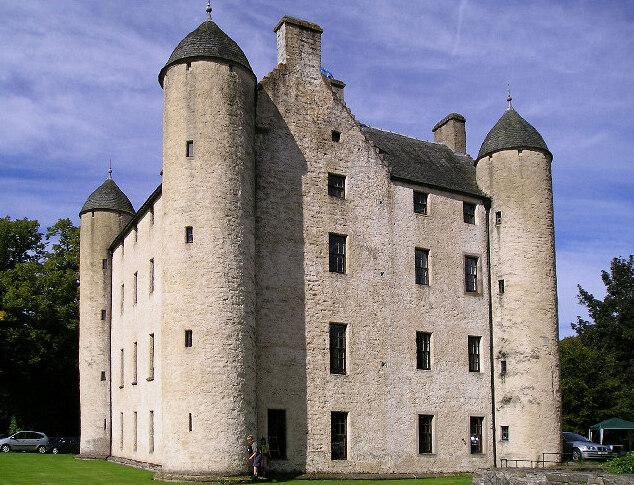 Margaret's last years were not necessarily happy ones. Her son, who became king in 1513, differed with her over foreign policy, for Margaret favoured close ties with England, her home country, whereas James elected to renew the French alliance. Margaret seems to have hoped that England and Scotland would unite in marriage, as she had done by marrying James IV. It was anticipated that her son would marry Mary, daughter of Henry VIII, and Margaret's niece. This was fated never to take place, and James V went on to marry Madeleine of France in 1537.

Margaret was particularly unhappy in her third marriage, to Lord Methven. She regularly wrote to Henry VIII complaining of Methven's love affairs and her debts. Margaret wished to divorce her husband, but she was blocked in doing so by her son. In late 1537, she attempted to escape to Berwick, but was intercepted. Madeleine of France had died earlier that summer, and James went on to marry Mary of Guise, by whom he had a daughter, Mary Queen of Scots.

It is clear that Margaret was lonely during her final years. She had little influence with her son, and her relationship with her husband was acrimonious. Henry VIII refused to invite her to England and was content to ignore her. At Methven Castle, the dowager queen suffered a stroke. She asked that her valuables should go to her daughter Margaret Douglas, but James ignored his mother's wish and her goods reverted to the crown. She was buried in St. John's Abbey in Perth.

Although Margaret's marriage to James IV, ultimately, failed to secure peace between the warring kingdoms of England and Scotland, her great-grandson James VI of Scotland's accession to the throne of England in 1603 brought the conflict between the two kingdoms to a close.