The Marriage of Henry VIII and Anne Boleyn

On this day in history, 25 January 1533, Henry VIII of England married his second wife, Anne Boleyn, in secret at Whitehall Palace (Jane Seymour would also marry the king there, in 1536). Archbishop Cranmer wrote to Archdeacon Hawkins that 'she [Anne] was married much about St Paul's Day', which fell on 25 January. The marriage was kept so secret that the usually well-informed Spanish ambassador Eustace Chapuys was writing in March of rumours of a wedding in April.

The Catholic writer Nicholas Harpsfield provided further details of Henry and Anne's marriage:
'The which marriage was secretly made at Whitehall very early before day, none being present but Mr Norris [who was later executed for supposed adultery with Anne] and Mr Heneage of the Privy Chamber and the Lady Berkeley, with Mr. Rowland the King's chaplain, that was afterward made Bishop of Coventry and Lichfield. To whom the King told now that he had gotten of the Pope a lycence to marry another wife, and yet to avoid business and tumult the thing must be done (quoth the King) very secretly; and thereupon a time and place was appointed to the said Master Rowland to solemnize the said marriage'.

Some sources suggest, however, that the King and Anne had actually undergone a first marriage ceremony on St Erkenwald's Day, 14 November 1532, after their return from France. The chronicler Edward Hall wrote:

'The kyng, after his returne married priuily the lady Anne Bulleyn on sainet Erkenwaldes daie, whiche mariage was kept so secrete, that very fewe knewe it, til she was greate with child, at Easter after'.

It's therefore likely that the couple underwent a secret marriage, or betrothal, ceremony in November, and then participated in a second secret ceremony at the end of January. By February 1533, so the story goes, Anne was already hinting of her pregnancy, and by April, she was England's acknowledged queen. In June 1533 she was crowned Queen of England, and in September delivered her first (and only) child, Elizabeth. 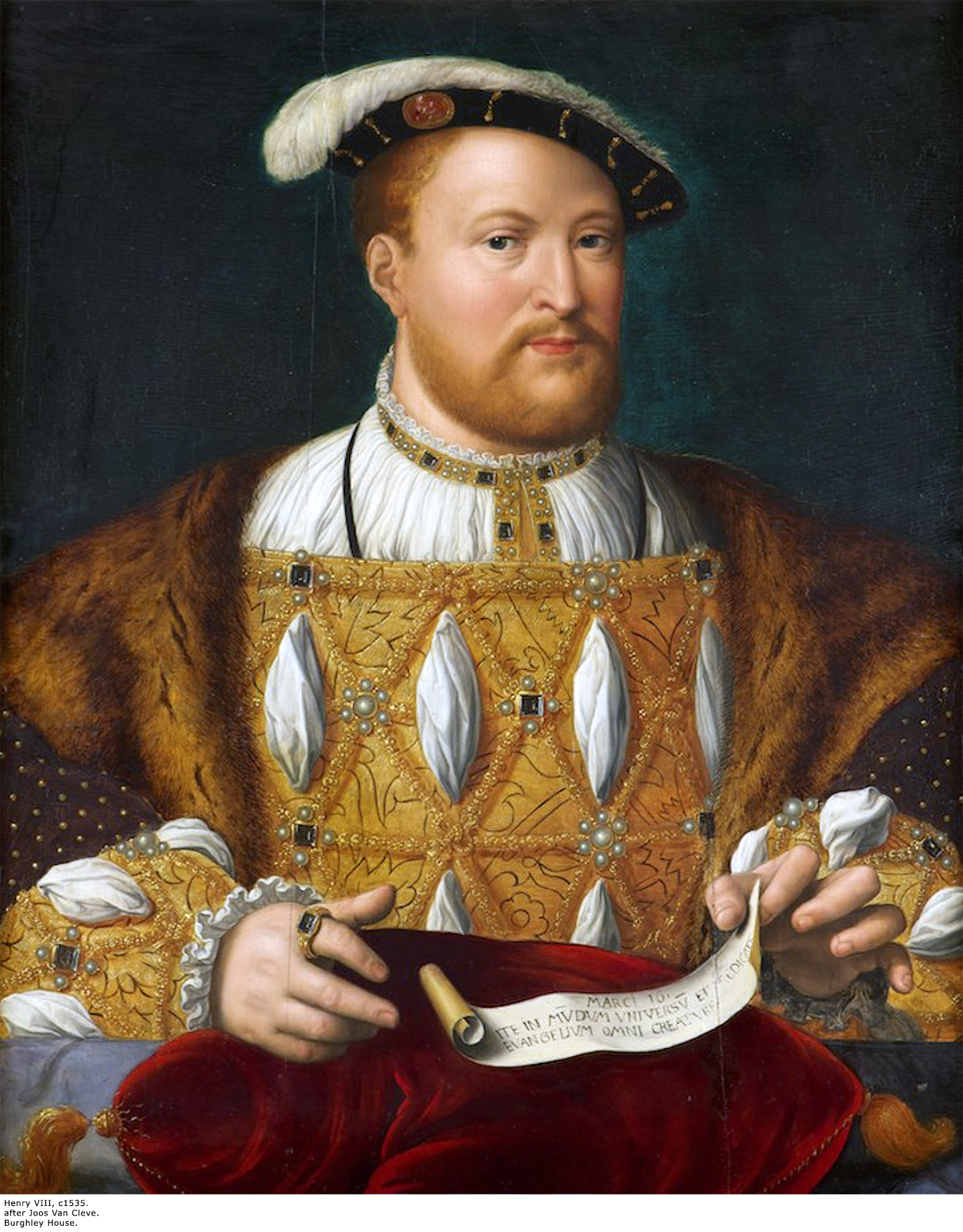 Above: Anne Boleyn and Henry VIII probably entered a secret marriage ceremony in November 1532, consummated their union, before undergoing a second secret ceremony in January 1533.

Gareth Russell challenges the traditional view that it was upon discovering Anne's pregnancy in December 1532 that the King proceeded to marry her the following January: 'Psychologically, historically and even biologically, there are major flaws in the idea that Henry VIII and Anne Boleyn commenced a sexual relationship in November 1532, conceived a child in December 1532 and were married in January 1533'. Russell concludes that 'Anne's pregnancy, which is often giving as the main (if not sole) motivating factor for the date of her wedding, in fact played absolutely zero role in her rise to the throne. Anne was following custom, not panicking about biology, on January 25th 1533'.

Thus, although it is certain that the couple married on 25 January, it seems likely that they had previously undergone a secret ceremony in November 1532, before consummating their union. Anne quickly conceived, for Elizabeth was born the following September. One can only imagine how the couple must have felt. They had been involved in an intensely emotional, spiritual and sexual relationship dating back to 1527, comprised with anxieties, concerns and pressures about when they would finally be able to marry. Some six years later, their dreams were realised. Anne was at the pinnacle of her ambitions, for she had finally risen to England's queenship, as she had confidently first expected to do in 1527.
Posted by Conor at 01:17